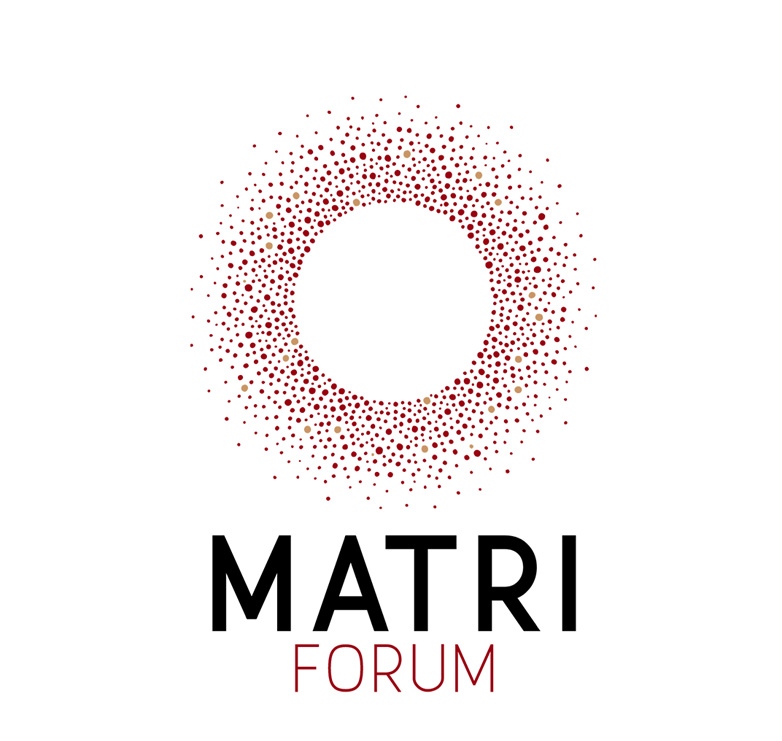 Why growth at any price needs an alternative!

There are an increasing number of signs that our way of life will end up plundering and ultimately destroying not only human co-existence but our entire planet. Today's prevailing strategy of "economic growth at any price" exploits the majority of the world's people, deprives them of their livelihood and irretrievably destroys natural resources. The growing isolation and competition among people perpetuate these exploitative conditions and make it possible to redefine collective grievances as personal failure in a world of opportunity.

But people are increasingly, and more and more urgently, looking for ways to escape this system, although few truly understand it. New approaches to solutions are often sought within the same system of thought, the same ideology, at best only scratching the surface. However, today's threats and growing uncertainties require a far-reaching paradigm shift. We must urgently question the established thought patterns and assumptions regarding the economy and society as well as our values in order to achieve sustainable development and change.

The event "Faster, Bigger, Richer? – Why growth at any price needs an alternative!" looks at the mechanisms inherent in the current system as well as presenting alternative economies and introducing new perspectives: How does our economic system actually work? What are the real alternatives? How can we do business sustainably?

This will be followed by a panel discussion on the topic "Beginnings, hurdles, successes - the visions and practices of social transformation" with all the speakers taking part. In a joint discussion we'll be able to share our views on the specific ways in which each individual can help to create a sustainable economy, which hurdles need to be overcome and which successes can already be celebrated!

After the conference, participants are invited to end the day with a sundowner from 5 pm onwards. Set in a cosy atmosphere with music, aperitifs and snacks, there'll be the chance for everyone to get to know different projects for alternative businesses, share their ideas and network.

All speeches will be given in German. If you need a translation into English please contact us.

The Economy and the Common Good

During this time of climate change and coronavirus, an increasing number of people want a more respectful, ecological and solidarity-driven economy that focuses on the common good. The Economy for the Common Good overcomes the extremes of capitalism and communism. It's an ethical form of the market economy in which money and capital merely serve the common good. Success is measured via the Common Good Product (national economies), Common Good Balance Sheets (companies) and a Common Good Test (investments). The more companies contribute towards the common good, the more favourable conditions they enjoy. Inequality is limited, the rights of nature are established as ecological human rights and money becomes a public good. Common good banks and stock markets are the hallmark of a sustainable financial system. The Economy for the Common Good (ECG) movement works together with companies, educational institutions, councils and regions and has established itself in 30 countries since 2010.

End of the line for the mega-machine? The critique of patriarchy and giving as an "alterna-deep“

The current crisis is more profound and comprehensive than any previously occurring in human history - after all, we're facing a "crisis of the most universal living conditions" whose repercussions and effects cannot be evaluated at present. This is a crisis of civilisation that results from the globally prevailing patriarchal social order, encompassing all the basic relations of civilisation (natural relations, gender relations, generational relations, political or social relations and transcendence relations). Only by means of an analysis and critique of patriarchy that are both comprehensive and "radical" (literally getting to the roots of the matter) can we see that capitalist patriarchy, as the last and particularly zealous form of patriarchy as an "alchemical system" (C. von Werlhof), strives to create the world anew by destroying what is given. The question of an alternative (or better "alterna-deep") is evident in view of the already extensive damage to and in the living, as well as to the life-friendly culture that has always been defined by human existence and which has fostered the formation of matriarchies as life-friendly forms of society throughout much of human history. We could therefore see giving as an anthropological constant, as well as the concept of "Homo donans" (Genevieve Vaughan) as the central image of humans as a life- and gift-friendly civilisation and culture. This is in complete contrast to that of "Homo economicus" or "Homo transformator" as the product and, at the same time, central agent of the "mega-machine" and the power complex of military, industry and science, which feeds on what is living, devours it, literally crushes and squeezes it in order to extract the very last exploitable lifeblood out of it. We believe the discovery of giving; i.e. making visible (again) that which was hidden, that which seems invisible and yet is always there, as well as an orientation towards this, could lay the foundations for a path into a possibly new post-patriarchal civilisation oriented towards the cultivation of life and giving in their multifaceted forms of expression.

Born 1981 in Bruneck, South Tyrol, Dr. Wörer lives, works and carries out research in Innsbruck, Austria. She studied Political Science (majoring in Women's and Gender Studies, Political Theory and the History of Ideas) and Education Science (majoring in Anthropology and Psychoanalytical Education Science) at the University of Innsbruck, carrying out a doctoral thesis in Political Science under Dr. Claudia von Werlhof, namely "Homo transformator und die Krise der Gabe. Grundrisse einer patriarchatskritischen Theorie der Gabe" (Homo transformator and the crisis of giving. Framework for a patriarchal theory of giving). A trained systemic coach, besides working in the event industry she's also a freelance researcher and lecturer. In 2009 she was awarded a "Grant for scientific work on the topic of equal opportunities between men and women" from the Autonomous Province of Bolzano-South Tyrol. She's a member of the "Forschungsinstituts für Patriarchatskritik und alternative Zivilisationen FIPAZ e.V." (Research Institute for Patriarchal Criticism and Alternative Civilisations) and the "Planetaren Bewegung für Mutter Erde – PBME" (Planetary Movement for Mother Earth). Her main areas of research: critical theory of patriarchy, theories and practices of giving, alternatives of/to economics and politics, criticism of science, social movements. She's the author of several articles and publications in German, English and Italian and co-editor of two anthologies.

"It works!" - Urban gardening and the renaissance of city subsistence

The possibilities of a new city-based subsistence are explored through the practices of people in civil society in urban settings.

The new urban community gardens, which have been "booming" for ten years now, have not only created inner city oases but also new perspectives regarding the economy and quality of life. The focus here is particularly on issues related to nutrition, our relationship with "nature", the need for community and, in general, questions regarding future (city) development. It is typical of community gardens to combine the issue of "urban green" with other ecological and social problems and an interest in subsistence is suddenly back on the agenda. "We're slowly moving towards agriculture here" says a gardener in Leipzig. They want to get some chickens next. Occasionally approaches develop towards a community-based economy to secure the basic necessities for life; i.e. city space is being used for individual and community self-sufficiency with external, market-mediated suppliers being supplemented and expanded by production for urban subsistence. Even if gardens aren't used as a resource (or, more accurately, as "Commons") by everyone, community gardens broaden the perspectives of city dwellers: "You try something out" says one gardener, philosophising about the significance of the garden, "you dare to have a go". This "It works!" attitude (e.g. keeping a pig) is an experience that visibly fires the imagination from a subsistence point of view.

Andrea Baier, 1961, studied Developmental Sociology at Bielefeld University and for several years was a researcher and teacher at the University's Sixth Form College. From 2004-2006 she worked on the Foundation anstiftung research project "Sustainable lifestyles and everyday life", having previously worked on the BMBF research project "Approaches to sustainable economics in rural society". Since 2007 she has been a Research Assistant at the non-profit Foundation anstiftung in the field of research and evaluation. Main focus: A feminist subsistence-theory approach to DIY, Commons and Open Source movements.

The Matriarchal Economy and a Vision of a New Society

Modern Matriarchal Studies have brought to light what the matriarchal economy consists of, showing that economics, politics, social organisation and spirituality were all closely intertwined in traditional matriarchal societies. The goal is to create and maintain a society that's free from violence and based on reciprocity and balance. This holds for the micro-structures such as family, clan and village as well as for macro-structures such as a city or region and the connections between regions. The first part of my presentations explains this.

The second part illustrates how we can take advantage of this rich heritage of human knowledge and skills, which has been valid for hundreds and thousands of years, for our present time. Some aspects of what the development of a modern matriarchal economy and society might look like are outlined, as well as examining how this might be achieved in practical terms.

Heide Göttner-Abendroth is a mother and grandmother. She earned her Ph.D. in the Philosophy of Science at the University of Munich where she lectured for ten years (1973-1983).

In 1986, she founded the “International ACADEMY HAGIA for Matriarchal Studies” in Germany, and since then has been its Director.

In 2012, she received an award for her work from “The Association for the

She has twice been a nominee for the Nobel Peace Prize; in 2005 by a Swiss initiative and in 2007 by a Finnish initiative.

After the conference -> Sundowner

Share your ideas in a cosy atmosphere with music, aperitifs and snacks